The Exciting Development of Chery “China Core” over the 21 years

On May , 21 years ago, Chery’s first engine was ignited and rolled off the production line. Since then, the “China Core” of China-made cars has had an exciting development.

Only 4 years later, the first generation of ACTECO series engine independently developed by Chery rolled off the production line,

marking that Chinese brands had the first serial engine that was fully forward developed and possessed independent intellectual property rights.

has developed a series of products with displacement from 0.8L to 4.0L after three generations of “evolution”, with accumulated users exceeding 7 million.

Chery engine products have been exported to more than 80 countries and regions around the world with its full vehicles,

and separately exported to America,

As a powerful representative of “China Core”, a total of 6 engines of Chery Group are selected as the “Top ten Engines”. 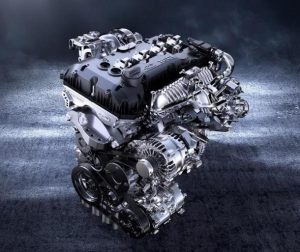 Since the beginning of this year, faced with the adverse impact of COVID-19 epidemic on the automobile industry, Chery Group has experienced a rapid recovery in sales.

Because the main models, which have witnessed a month-on-month increase in domestic sales and overseas exports, are all equipped with the third-generation ACTECO 1.6TGDI engine of Chery.

From the new generation of Chery Tiggo 8 and Tiggo 7 Pro to high-end brands such as EXEED TXL/TX and LX, ACTECO 1.6TGDI engine has brought exciting and smooth power experience to global users. 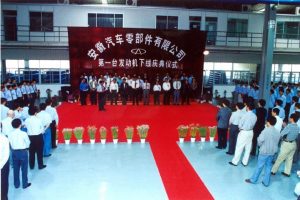 Chery started its development from the engine. In 1997,

the building of Chery Automobile was commenced, and it was the engine plant pile that was first driven.

Engine is the “heart” of cars as well as the first challenge Chery needs to overcome in car building process.

Chery, a fast-growing company, decided not to rely on foreign technology but to develop and manufacture its own engines.

After the successful ignition of the first engine in 1999, Chery initiated painstaking technology exploration and independent development.

Chery invested about 2 billion Yuan in cooperation with AVL in Austria to develop a series of engine products. In 2003,

This engine was also the first self-owned engine of Chery. The first generation of ACTECO series engine covered a variety of models such as 0.8L/1.0L/1.5L/1.8L/2.0L natural aspiration,

which were used in classic models such as Fulwin, Cowin and QQ at that time, indicating that Chery had truly mastered the core engine technology in its own hands. 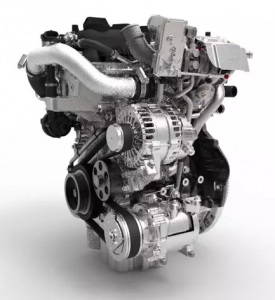 Time flies. In 2009, the second generation of Chery ACTECO series engine came off the production line. Since then, Chery has achieved a “zero” breakthrough in China-made high-performance engine.

Compared with the first generation engine,

the second generation engine has achieved comprehensive progress in power,

economy and emission, and is also more optimized in structure, with the advanced lightweight level in the industry at that time.

The second generation engine covers multiple models such as 1.6DVVT/1.5DVVT/1.0TCI/1.5TCI, and is assembled on multiple products of Chery Arrizo and Tiggo series. 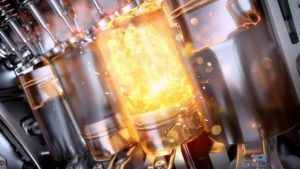 the third generation of Chery ACTECO series engine came into being.

The third-generation engine of Chery includes models such as 1.6TGDI/1.5TGDI/1.2TGDI.

ACTECO 1.6TGDI engine is the first product of the third-generation engine.

This engine is excellent in power performance with a maximum power of 145 kW and a peak torque of 290 N•m. Moreover,

with 37.1% thermal efficiency, it continues to lead in China-made engines.

This engine is the first to adopt five core technologies of Chery, including iHEC (smart) combustion system,

In 2019, the third-generation of Chery ACTECO 1.6TGDI engine won the title of “Top Ten Engines of the Year”.

In the same year, the third-generation of Chery 2.0TGDI engine was successfully ignited and would come into the market first equipped on EXEED VX this year. 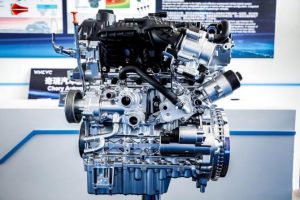 and many new technologies such as modular integrated design and structural topology optimization, so the engine weight was 21 kg lighter than that of the previous generation engine,

Meanwhile, Chery, as one of the earliest automobile companies in China to develop new energy engines,

After verified in the thermodynamic development test, the highest effective thermal efficiency of this engine reached 41%, reaching the world’s leading level.

The evolution of Chery’s “China core” embodies its adherence to “technology-oriented enterprise” and consolidation of core competitiveness over the past 20 years.

After many years of hard work, Chery has made a series of breakthroughs in core technology fields such as power technology, platform technology, new energy,

of which 3,561 were invention patents, accounting for 30% of the authorized patents and ranking among the best in China’s automobile industry.